The Cleveland Browns and their front office once again showed off their excellent knowledge and innate understanding of what the Browns are trying to build moving forward. They drafted with “defense in mind” in trying to strengthen areas like speed and instinct by drafting the players that they did. The Browns have gotten a lot of positive comments from around the league for their draft picks and they certainly earned an “A” from this writer. Here’s a look at who the Browns drafted this past weekend and a bit of analysis:

Loved this first pick for the Browns. Has length and very instinctive. Great footwork. Having Newsome there for the Browns in the late part of the first round was a real bonus. Some had Newsome going anywhere from pick 10-20. Good character kid from a strong academic school like Northwestern. Will be nice to compete alongside the new free agent veterans added and push CB Denzel Ward and CB Greedy Williams. 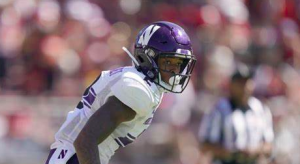