The Browns won again in Week 2 with Garrett Gilbert getting the start at quarterback. They won 21-18 over the Indianapolis Colts in what was a chance for a lot of players farther down the depth chart to get an extensive run on the field. There weren’t many huge plays in the game or anyone that flashed enormous potential like Mack Wilson did in the first week, though. The game certainly wasn’t as exciting as Week 1, but there was plenty to be pleased about from a few of the players still battling for a roster spot. 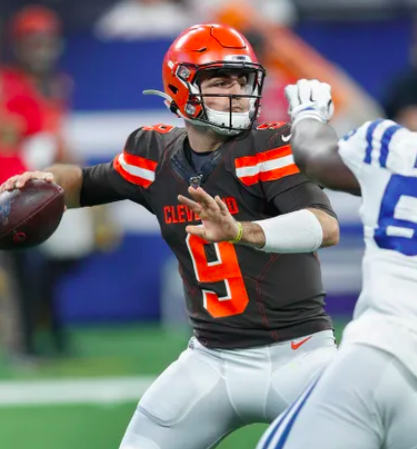 Garrett Gilbert started the game and he actually held his own even with a lot of first team defenders in the game for the Colts. He had a quarterback rating of 127.3 and he orchestrated two touchdown drives in just the first half. His first touchdown was a four-yard pass to Jaelen Strong in the back of the end zone in the first quarter and then he threw a six-yard strike to RB D’Ernest Johnson in the second. If Gilbert continues to look this good throughout the preseason, it’s going to be difficult not to keep him around.

David Blough, the UDFA QB from Purdue, had another strong performance as well going 7-12 for 74 yards and a passing touchdown. He keeps flashing against the other team’s backups to their backups, but with performances like these, they’ll have to look to at least put him on the practice squad. 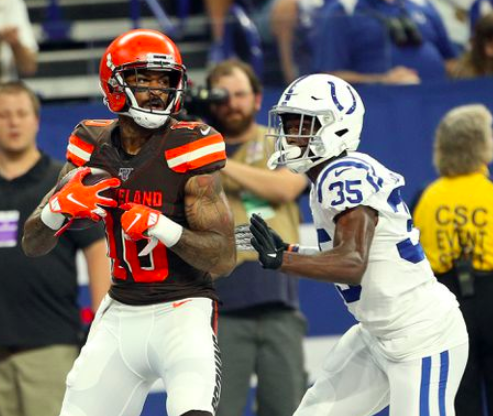 These two receivers were the guys that seemed to play the most time while Garrett Gilbert was in at quarterback. Strong didn’t do anything out of this world on the stat sheet, but he caught three passes with one being for a touchdown. He looked like he did everything they could possibly ask from the veteran as he was flashing open on a lot more plays throughout the game to which his stats don’t exactly show.

DJ Montgomery makes the list two weeks in a row. After looking great in limited time with two receptions and one touchdown last week, he played a lot more being moved up with the second team. He did have one drop over the middle that he needs to catch if he wants to prove to be a NFL wide receiver, but he showed ability to make big plays having 77 yards on just three catches. Now that Callaway is both suspended and injured with a high ankle sprain, there is an easier path to make the final 53 for both of these guys. They’re definitely proving their worth that they could be productive players farther down the depth chart. 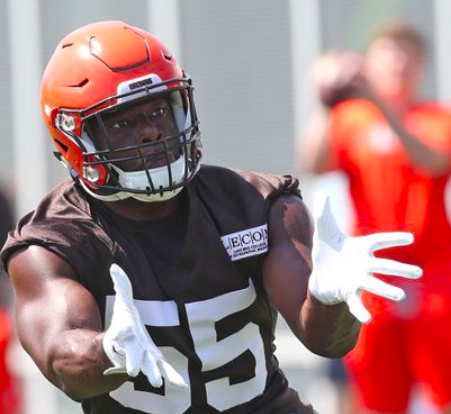 It was great to see Avery on the field again after being inactive last week. He’s currently listed as the starting SAM linebacker, but he’ll likely play some defensive end as well. Avery is a high energy, physical player who I expect to continue to improve. He might not have been in the backfield like Mack Wilson was, but he made a couple of winning plays while Wilson made his fair share of rookie mistakes. Avery made two diving, shoestring tackles that saved two huge plays from happening, which showed great backside pursuit and relentlessness from the second-year player. Avery should have another great year in the new defense and if he can prove to defend the run rather than just be used blitzing, he should see an expanded role. 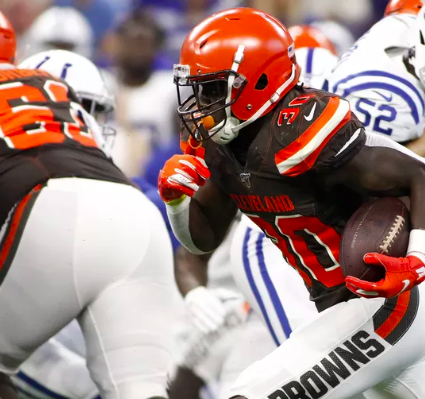 While almost no running backs looked all that great after Nick Chubb in Week 1, D’Ernest Johnson took advantage of his opportunity this week in a big way. He had 10 rushes for 53 yards continually showing explosiveness and ability to make guys miss in space. Johnson also flashed some ability in the passing game out of the backfield as well finishing with three catches for 26 yards and a six-yard touchdown reception from Garrett Gilbert in the second quarter. There’s room on the roster for one or two more guys behind Chubb and Dontrell Hilliard and D’Ernest Johnson has to keep performing like this is he wants one of those spots. 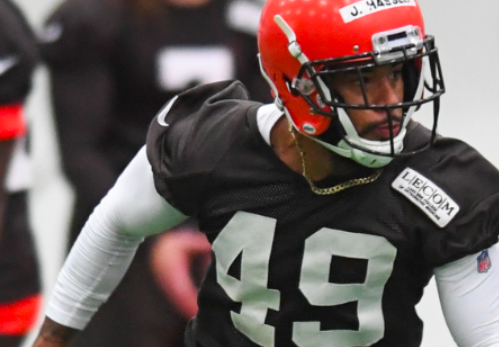 Hassell played a lot this week after not seeing much action last week. I thought he looked the best out of all the safeties as he was all over the field making plays against the run, the pass and even a huge hit on special teams that was penalized but admittedly looks pretty textbook upon further review. Hassell played with the chip on his shoulder that everyone talks about, which was really encouraging to see. The Browns are desperate for safety help beyond really Damarious Randall, so they need to see players step up like this. Hassell still has an outside shot at making the roster, but if he makes a couple huge plays, he might have a shot. And as long as Hassell proves to be able to keep playing like this, I think it will prove he has enough potential to at least keep around on the practice squad.