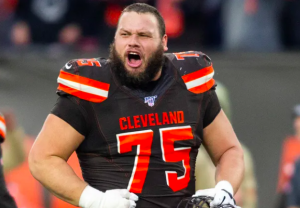 Cleveland has the third-best rushing attack in the NFL. They are averaging over 172 rushing yards per game and only trail the Titans and the Ravens in that category. RB Nick Chubb and RB Kareem Hunt have obviously played an important role in that, but so has the offensive line. Bitonio is the longest-tenured Brown on the offensive line and has been a steady contributor since coming into the league in 2014. He was just awarded his third Pro Bowl appearance earlier this week as well. Bitonio will once again lead the way in getting the ground game going for the Browns in this one.