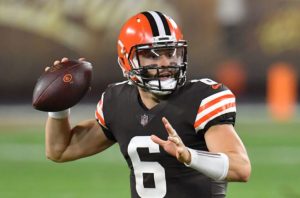 Against the Cowboys, Mayfield will be returning to his home state in Texas. Mayfield hasn’t wowed anyone with his 2020 stats so far, but he has played well enough to lead his team to wins in Weeks 2 and 3. The Cowboys are a much bigger test for the Browns than the Bengals or Washington, but their defense struggled. Dallas has surrendered 98 points through three games this season. Browns fans know that Cleveland can run the ball, but Baker has the opportunity to have a big day through the air against Dallas. Especially if the Browns get down early, Baker will need to be the one to get the Browns back in the game. 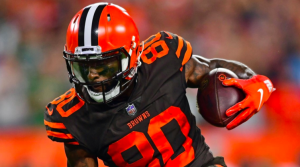 Staying with the air game, Jarvis Landry has not produced as he has in past seasons. Through three games, Landry has 12 receptions for 143 yards and no touchdowns. With Baker most likely needing to throw more in Week 4, Landry will need to help out as best he can. In his first two seasons in Cleveland, Landry served as Baker’s safe target in the slot. Landry could be in for a good game receiving if Dallas hasn’t figured out how to stop opposing offenses. 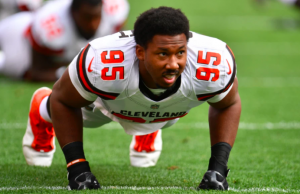 Another Texas native is coming home in Week 4. The Cowboys offensive line is struggling with injuries right now. Tyron Smith and La’el Collins both missed last week and they are questionable for this game. If either misses Week 4, Garrett should play a huge impact in this one. On the season, Garrett has three sacks, eight solo tackles, five QB hits and one fumble recovery. Garrett has made his presence known so far in 2020 and it should continue in Dallas. 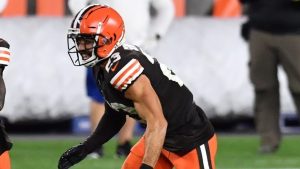 The Browns brought in Sendejo this season to be a veteran on the backend of their secondary. So far, it has not paid off for Cleveland. He has not looked like the safety he was in Minnesota. Part of that might be his age, or it could be that he was thrust into the season after multiple injuries to the Browns defense. The Cowboys will pass the ball a lot, so he will have ample opportunities in Week 4 to either make some plays or to keep doing what he has been doing this season. Recently acquired Ronnie Harrison is still learning the defense and has not played much this season. If Sendejo continues to struggle, it will be interesting to see if they pivot towards Harrison. 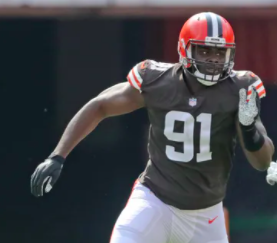 The Browns claimed Jackson earlier this month and it already seems to be paying off. In two games with Cleveland, Jackson has four combined tackles and one fumble recovery. Myles Garrett is a monster athlete, but if he can have some help on the other side, he will become even better. Jackson is still young and played at the University of Miami. He will also play a big role in pressuring Dak Prescott and causing havoc for the Dallas run game.