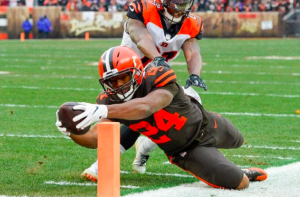 Nick Chubb only totaled 66 yards in his 2020 debut. While this number was not what Browns fans wanted to see, there are many reasons why this should improve as early as Thursday. First off, Chubb averaged 6.0 yards per carry, while only receiving 10 rushes. Chubb looked the part as well. He started off the game with an 11-yard rush and looked explosive when the ball was in his hands. Another concern for Chubb is that Kareem Hunt received more carries and played one more snap than he did. The Browns played from behind the entire game last week, however, which is a game script that is more suitable for Kareem Hunt’s skillset. Thursday’s game against the Bengals should provide a more favorable game script for Chubb and the Browns to establish the run. The offense, as a whole, needs to be better this week and it will start with Nick Chubb. 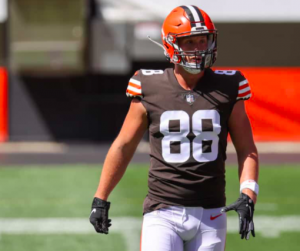 The rookie from Florida Atlantic is entering his second NFL game with short rest. Bryant was selected in the 4th round of last year’s draft. In college, Bryant shined as a receiving tight end and won the John Mackey Award in 2019 for the most outstanding tight end in college football. He entered the season as the number three tight end on the roster, but with Njoku getting injured, Bryant is poised for a larger role sooner rather than later. With Stefanski running two tight end sets often, Bryant will line up alongside Austin Hooper against the Bengals. The Bengals just allowed six catches for 83 yards to the tight end position in Week 1, so Bryant could see some opportunities, especially if they focus their attention on Hooper and the other Browns’ weapons. Bryant caught one ball for five yards on two targets against the Ravens. 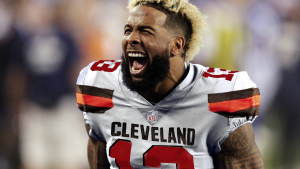 After just one game, there are already rumors about the Browns shopping Odell Beckham Jr. A tremendous talent, but he only caught three passes for 22 yards against the Ravens. With the Browns losing most of the afternoon, the game script was there for Odell to put up some big numbers late, but that was not the case. Beckham Jr., however, is now going up against a much worse secondary than he faced in Baltimore. The Bengals secondary gave up multiple deep balls to Mike Williams last week, so if Odell can beat the Bengals coverage and get open consistently, he could be in for a monster game and potentially silence the trade rumors. 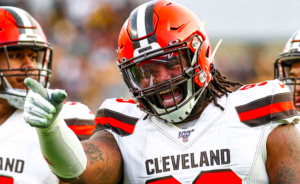 On defense, the Browns will need to stop Joe Mixon if they want to win. If the run game is neutralized, it will force Joe Burrow to win the game for the Bengals. Burrow looked impressive in his NFL debut, but his offensive line failed to protect him at times Week 1. Sheldon Richardson will play a big role in both stopping the run and pressuring Burrow on Thursday. Last week against the Ravens, Richardson only recorded one tackle, but that was against a more-talented offensive line. If the Browns can stop Mixon and force Burrow to make a lot of 3rd and long throws, Cleveland will be in a position to get their first win of the season. 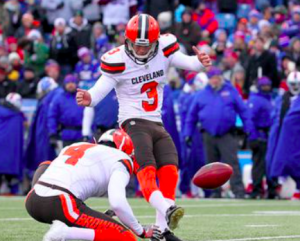 The Browns waived Austin Seibert after he missed his lone attempt in Week 1. The Browns followed that by signing Cody Parkey. Parkey has bounced around teams throughout his career and now finds himself in Cleveland. The 2014 Pro Bowler has made 84.3% of his field goals since entering the league and made all three of his attempts last season in Tennessee. It will be interesting to see how Parkey does in his first game for the Dawgs and to see how short of a leash he will be on.