He’s finally back. Nick Chubb has been practicing all week without a knee brace, which is great news. He is still questionable heading into Sunday against the Texans, but if he is good to go, he will be a game-changer. In his last two full games before getting injured, Chubb rushed for over 100 yards and two touchdowns. Enter the Houston Texans defense, who just gave up over 100 yards rushing to the Jacksonville Jaguars. The Texans defense has been very ineffective all season and if Chubb can return, he could be in store for a huge day. 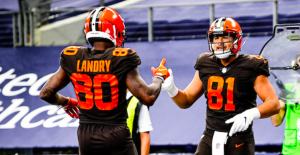 While the Texans allow a lot of rushing yards, they are no better in defending the pass. With WR Odell Beckham Jr. out, it will be interesting to see who makes the most of their opportunities through the air. Jarvis Landry is finally healthy and is ready to be the WR1 in this offense. In what was a very windy and cold game, Landry still saw 11 targets against the Raiders before the bye. He is the option that QB Baker Mayfield has the most rapport with and the Texans defense presents an opportunity for Landry and the rest of the pass-catchers to get off to a great start coming off the bye. 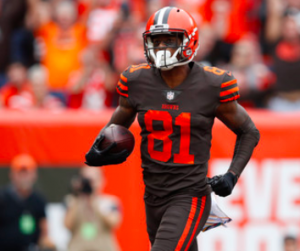 Jarvis Landry will likely lead the team in targets, but WR Rashard Higgins has the most to benefit from Odell Beckham Jr. missing time. Even when Odell was on the field, Landry was still getting targets. Higgins is an intriguing option for the Cleveland offense and has produced when he has been on the field. In that same cold, windy game, Higgins only had three targets. He turned that into one catch for 14 yards. Higgins will look to bounce back from that performance and should see more targets this time around. 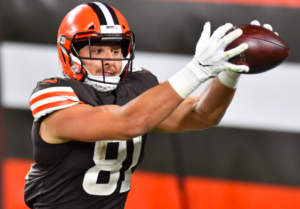 One final pass-catcher on this list is Austin Hooper. The Texans defense has been atrocious against the pass all season, which means there are many pass-catchers to watch in Week 10. Austin Hooper is finally returning to the field and is expected to play. Hooper was coming into his own before his appendectomy and Baker has not stopped targeting tight ends in his absence. Now that Hooper is back, he should be in for a huge game. The Cleveland passing game needs a boost and this is a perfect game to set the tone for the rest of the season. 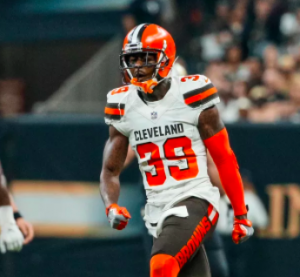 This game projects to be a high scoring game. Cleveland should score a lot of points, both on the ground and through the air. This means, however, that the Browns defense will need to come to play. QB Deshaun Watson is the bright spot of the offense and is one of the best young quarterbacks in the game. CB Terrance Mitchell and the rest of the Browns secondary need to be ready. WR Brandin Cooks and WR Will Fuller V offer a lot of speed for the Houston offense. Mitchell has been great this season playing opposite CB Denzel Ward and unlike the pass-catchers on this list, he has a challenge coming out of the bye. He will need to not get beat deep against both Cooks and Fuller V.