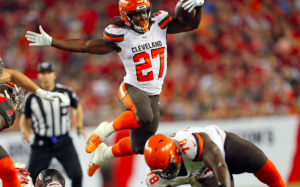 Fresh off a 2-year, $13 million extension, Kareem Hunt is ready to play in his first Week 1 game for Cleveland. One of the biggest questions of the offseason for the Browns is how new head coach Kevin Stefanski splits the backfield between Hunt and fellow running back Nick Chubb. There have also been reports of Hunt playing snaps at wide receiver this season, so the Browns can optimize both Chubb and Hunt’s skillsets. This extension proved that Hunt is in the long-term plans of the new Browns regime, so Hunt will have his role. In Week 1, fans will finally get to see how Hunt will be used in 2020. 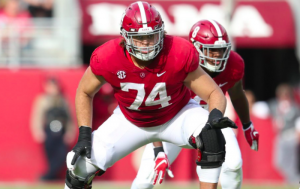 In a shortened offseason, there will be a lot of eyes on rookies in 2020. They had no rookie minicamp and no preseason. Jedrick Wills Jr., the 10th overall selection in the 2020 NFL Draft, will slot into the left tackle role and will be responsible for protecting Baker Mayfield. Wills Jr. will have a difficult matchup in his NFL debut. He will have to face a 6’8, 5x Pro-Bowl defensive end in Calais Campbell. This matchup could have a direct impact on the outcome of this game, especially if Wills Jr. struggles against the Ravens’ pass-rushers. 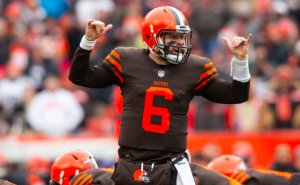 The Browns’ success this season will heavily depend on Baker Mayfield. This will be the first chance for Browns fans to see how he operates in Stefanski’s system behind an improved offensive line. He will have plenty of weapons with Odell Beckham Jr., Jarvis Landry, Kareem Hunt, Austin Hooper and David Njoku all at his disposal. It will also be interesting to see which one Mayfield targets, or if he spreads the ball evenly. Browns fans will also want to see Mayfield be more efficient and throw fewer interceptions. That is a tough task against the tough Ravens defense, but if he can do that Week 1, the Browns will have a good opportunity to win the game. 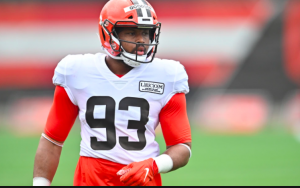 On the defensive side of the ball, the Browns are tasked with defending last season’s top rushing attack. New acquisition, B.J. Goodson, will need to play a great game both against the rush and the pass. As a veteran in a young linebacker room, Goodson has shown that he is a leader off the field. Now it is time for Browns fans to see how well he can lead on the field. Throughout his career, Goodson has been successful against the run but has struggled in pass coverage. The Ravens like passing to tight ends, so Goodson will be matched up against Mark Andrews on many routes. Goodson needs to stay disciplined in coverage, so he does not become a mismatch the Ravens exploit throughout the game. 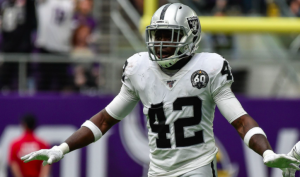 Another acquisition for Cleveland this offseason, Karl Joseph is slated in to be the Browns’ starting strong safety. Like Goodson, Joseph will be tasked with stopping the run game and covering tight ends in the passing game. Joseph is a physical safety that is a former 1st round pick. In four seasons with the Raiders, Joseph has tallied 236 tackles and nine TFL. While Browns fans will want to see Joseph play well against Mark Andrews, they will also want to see how he does in stopping the rushing attack of the Ravens. Throughout his career, Joseph has succeeded in stacking the box and playing proper run fits. Joseph’s physical play will be a huge factor for this Week 1 matchup.