Browns legend Doug Dieken has announced his retirement from the broadcast booth as the color commentator alongside Jim Donovan. This partnership lasted for 23 years.

Via Yahoo News: Dieken, 72, was the Browns’ starting left tackle from 1971-84, drafted in the sixth round (142nd overall) out of the University of Illinois, where he played tight end. He never missed a game during his career, putting together a string of 203 consecutive appearances in 14 seasons.

It’s truly amazing to see (and hear) what a wonderful career Dieken had both on the playing field and the broadcast booth. The best part is it was all with the Browns. True loyalty at its finest. 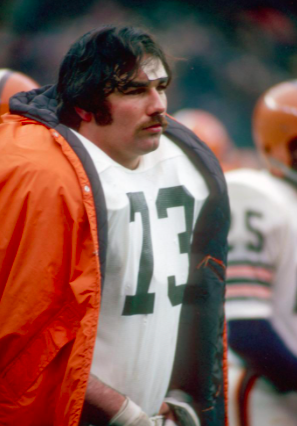 Browns fans will have to adjust to a new person in the booth at the start of next year. This last game against Cincinnati will be the final for the partnership together.

No announcement has been made on who will be replacing Dieken. Who do you want it be? Hopefully, it’s someone that eventually announces a Browns Super Bowl. We can dream…

Congratulations to Mr. Dieken on a fantastic career! You will be missed!