Every NFL team trimmed their roster sizes to 53 players on Saturday and that means all released player are eligible to be claimed by other teams. The Browns made five claims on players and each is expected to fill a different role. Wide receivers Kasen Williams and Reggie Davis were added to help with the receiving core. On the defensive side, they claimed defensive tackle T.Y. McGill and defensive back Michael Jordan (no, not that Michael Jordan). Quarterback Josh Woodrum was also claimed. Kasen Williams is most exciting add of this group. He comes from the Seahawks, where he had an excellent preseason. In fact, he was highlighted as a preseason standout by many around the league.  This will be his second year in the NFL and he played college ball at the University of Washington. The highlight of his preseason was a four-catch game of 119 yards. Seattle cornerback Richard Sherman felt that the release of Williams was a mistake. Let’s hope he can continue his preseason success and give DeShone Kizer another downfield threat.

The other wideout the Browns added was Reggie Davis. He played for the Falcons in the preseason and came out of the University of Georgia. He is 6’0″ and fits the mold of another speed receiver. At his pro day, Davis ran a 4.31 40-yard dash time. He showed off his field-stretching ability when he had a 44-yard reception in Atlanta’s first preseason game.

The Browns also beefed up the defensive line with the addition of T.Y. Mcgill. He played for the Colts in 2016 and he has proven to be efficient with his playing time. His best role may be as an interior pass rusher on 3rd downs. He recorded two sacks in 2016 and three sacks in 2015.

Gregg Williams was able to add one of his players that he coached with the Rams. Defensive back Michael Jordan is a physical specimen who has more length than most of the Browns defensive backs.  Obviously, the familiarity of Jordan is the main reason why he was brought in. It will be interesting to see how Williams uses Jordan on defense.

The last player claimed was quarterback Josh Woodrum. Woodrum was brought on to play for the Ravens in the preseason and compete for a backup spot. He was unable to make the Ravens and the Browns picked him up. Woodrum may be most known as the quarterback the Ravens signed instead of Colin Kaepernick. Through all of this, Woodrum will most likely make the team over Cody Kessler or Kevin Hogan.

Hopefully, these new additions will be able to find a productive place on a young Browns roster! 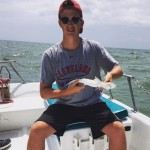