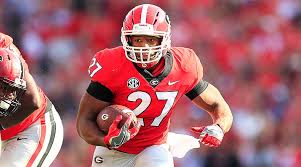 This draft was extremely deep when talking about running backs and the Browns got the one they wanted. This is perfect because the team lost Isaiah Crowell to the Jets during free agency after his disappointing 2017 season.

During his for four years at Georgia, Chubb rushed for 4,769 yards and 44 touchdowns. He also caught 31 passes for 361 yards and four touchdowns.

Cleveland signed RB Carlos Hyde during free agency, but his contract can serve as a one-and-done deal. If the Browns re-sign Duke Johnson, a duo between him and Chubb will be extraordinary.