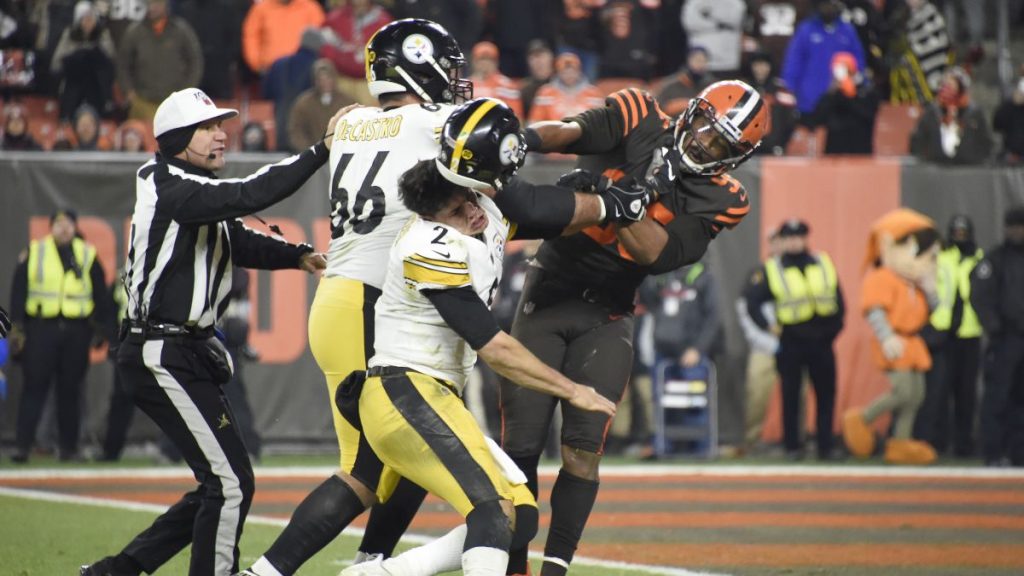 3rd and Goal: Myles Garrett is irritated about something

Myles Garrett has been the face of the Browns defense since he was drafted #1 back in 2017. He leads the team with 14 sacks this year and he’s climbing numerous record ladders. He seems like a fine character kid. When he came out of Texas A&M, he was also considered a player that was devoted to the academic world as well with his interest in writing and philosophy.

When he had the uncharacteristic meltdown at the end of the 2019 season when he took a few swings with the Pittsburgh Steelers quarterback Mason Rudolph’s helmet at the end of a game with the Steelers many were shocked by his actions. Garrett was suspended by the league for the remaining games and a lot was made of the episode.

By all accounts, he’s been a good teammate and leader in the community. Fast forward to Friday when Garrett was being interviewed by the local media after practice and said that he was concerned with how his team, from players to coaches weren’t focused on the game plan in their preparation this week.

Why would he make such a polarizing and controversial suggestion two days before the game against the Ravens? Some will suggest that Garrett was just being a leader but there is something in the air that smells bad. I watched the entire interview, and you can feel the negativity throughout the conversation. Something or someone has got Garrett upset. That’s not a good feeling to know your best player going into a big game isn’t on board with something.

Let’s hope that this distraction can be fixed soon because if not the last month of this season will be a wash.