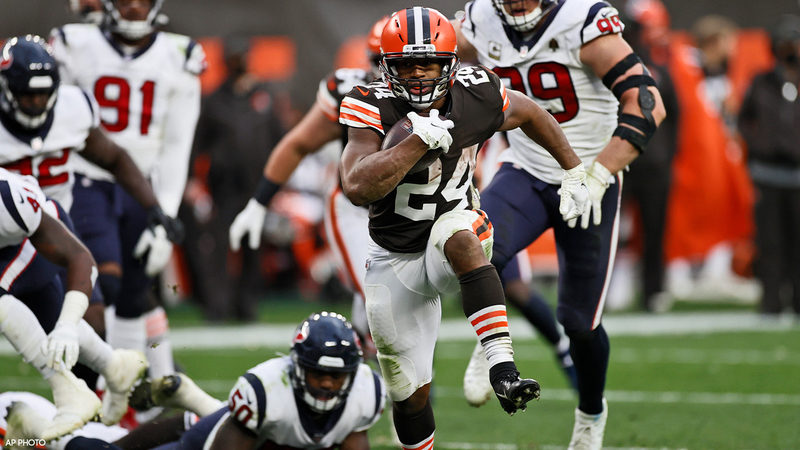 I love the fact that Browns fans are really loving running back Nick Chubb these days and seem to really appreciate what he is accomplishing on Sundays. Chubb, in the end, if the Browns coaches allow it, will continue to move up the rankings of the all-time great running backs in Browns history. I believe Chubb will only stand second to the greatest of them all, Jim Brown, when the dust settles and Chubb’s career in Cleveland comes to an end; an end that I hope doesn’t occur for many years.

Chubb has been outstanding in these first two weeks of play. He hasn’t had the number of carries that I’d like to see so far. His average yards gained was up over eight yards a carry last Sunday on only 11 carries. I’ll be looking for him to cross the 100 yards mark in this game. He’s on pace for a 1500 total yards and scoring 25 touchdowns this season. I like the fact that the Browns are getting him the ball as well on the screen pass and is adding another dimension to his game.

The best part of Chubb’s game is his vision and understanding of the game like most can’t and that’s what separates him from other backs, including players like Tennessee Titans Derrick Henry. Yes, I said it. And you should say it too, because it’s the truth. Chubb is the best league in the back and barring an injury will shatter the record books in the years to come.