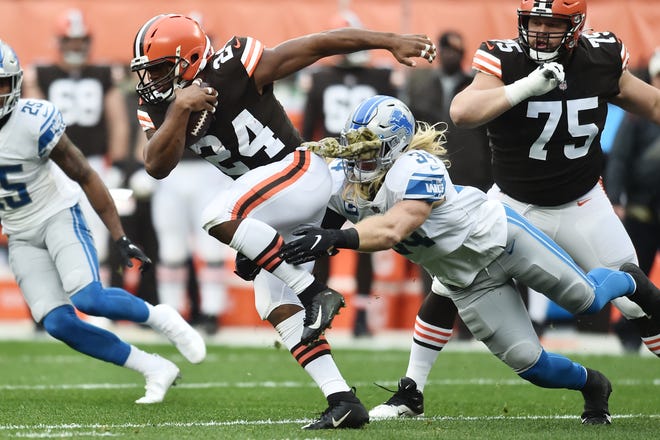 1st and Goal: Browns need to focus on run game

In previous games against the Ravens, the Browns have thrown the ball a lot. A Browns quarterback has thrown 30 or more passes in the last six games they’ve played. Browns coach Kevin Stefanski needs to stop overthinking things and hand the ball off to Nick Chubb and Kareem Hunt. Hunt has been sidelined for many games and should be back in action Sunday night. Between Chubb and Hunt, the Browns should be able to control the clock and control the tempo of the game. The Browns need to have long drives that take up a lot of clock.

Chubb is the best running back in the league and Hunt will be ready to roll in his return. Give the ball to these two and the Browns are set up for the win. If Stefanski decides to ride the game on the arm of Mayfield, then another loss awaits the team.

CLICK HERE TO RETURN TO FIRST PAGE OF THE SLIDESHOW!