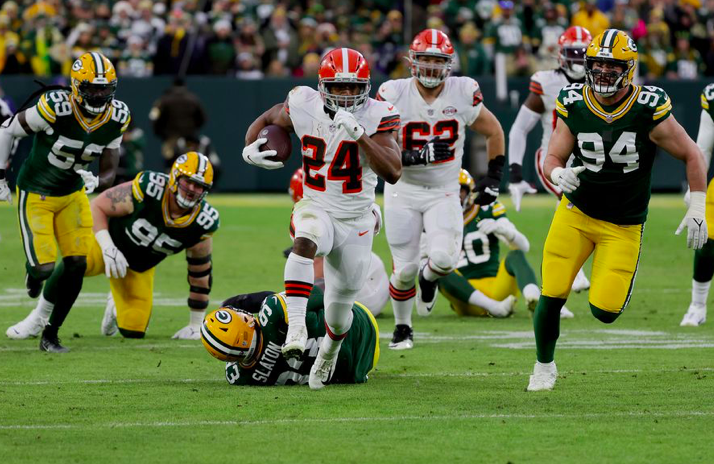 Having Baker Mayfield throw the ball 38 times and handing the ball off 12 times to the best running back that the Cleveland Browns have had in 40 years in Nick Chubb, is never a winning formula. That was the game plan in the loss to the Pittsburgh Steelers a week ago. This has to be the biggest mistake in Stefanski’s tenure so far as the Browns coach. He doesn’t seem to want to budge in his offensive game plan in using Chubb or any of his running backs more in games. It’s just so illogical.

In this game on Sunday, I will again be praying that Stefanski sees the light and sees that having a running game can help his team win ball games.

It’s even more impressive when you consider the lack of using the running game that a player like Chubb has been able to capitalize on his opportunities. Today he stands in sixth place all-time with other Browns running backs. Chubb sits at 4758 yards gained in only 57 games played. If he continues his progress next year, he could reach the No. three spot only behind Leroy Kelly and Jim Brown.

I’m guessing Chubb will not play in the game against the Bengals but that will give D’Ernest Johnson the spotlight. He has filled in very well this year when his number has been called.