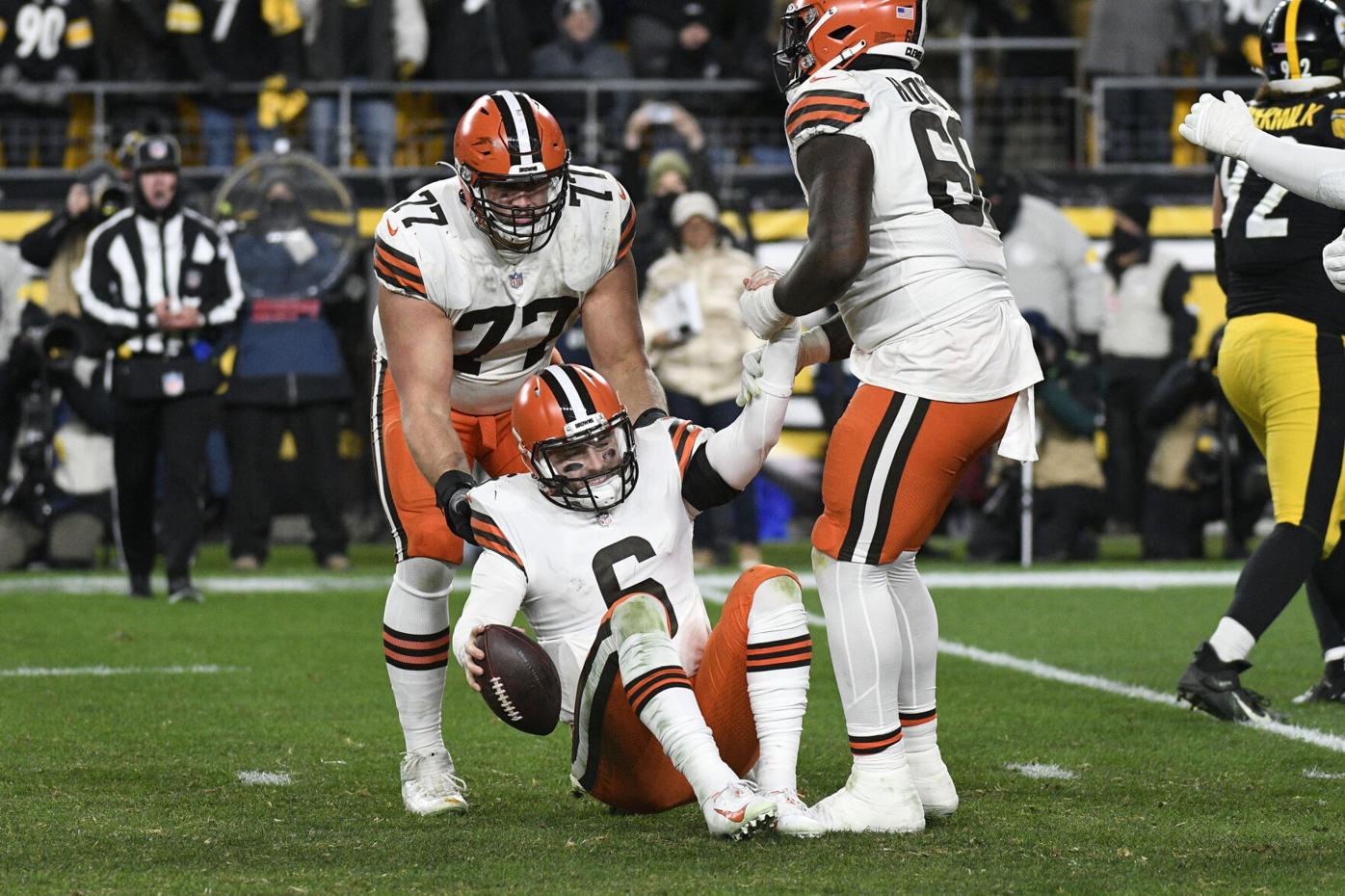 1st and Goal: Baker Mayfield hurt the team this season

Look back in time and you’ll see a newly drafted quarterback arguing with then Browns head coach Hue Jackson. Jackson got fired because his teams were lousy, but he and Mayfield never saw eye to eye. Then Freddie Kitchen came in as the coach in 2019 and that team he coached was always arguing and pointing figures at each other. Kitchens was fired. And now we have Stefanski coming in a year ago to coach the team and the team acted better overall. But as year tw0 progressed some of those issues for the team arose again. Mayfield’s name was once again involved in most of these issues.

Maybe it was the empty stadiums and playing games during a worldwide pandemic that benefited the team the most. This year the team was back making stories off the field that again leaked back onto the team trying to play through a very important year in the progress of this franchise.

Football should be about the players and coaches and the team. It shouldn’t be a weekly review of social media platforms and checking on how the parents and wives feel about their loved ones.

It’s surprising that Stefanski lost the locker room so early this season. Unfortunately, I’ve come to the conclusion that some of his players have very powerful personalities that have for whatever reason tied his hands. Maybe Stefanski’s lack of experience has hurt him the most this year having to deal with these larger-than-life personalities such as Mayfield, Beckham Jr., Garrett, and Landry.

Big personalities take up a lot of space. That in a nutshell is the problem in the room right now. Mayfield has been the biggest ego in the room since he walked through the doors at Browns Headquarters in Berea. Teams can win with players with big egos, but it always helps if those egos have learned how to get better and helped their team win. That’s not the case for Mayfield. Yes, the team has won games and yes, the Browns got to the playoffs behind the quarterback’s leadership last season. But this season he’s regressed and hurt the team and I’m not so sure that can be turned around again.