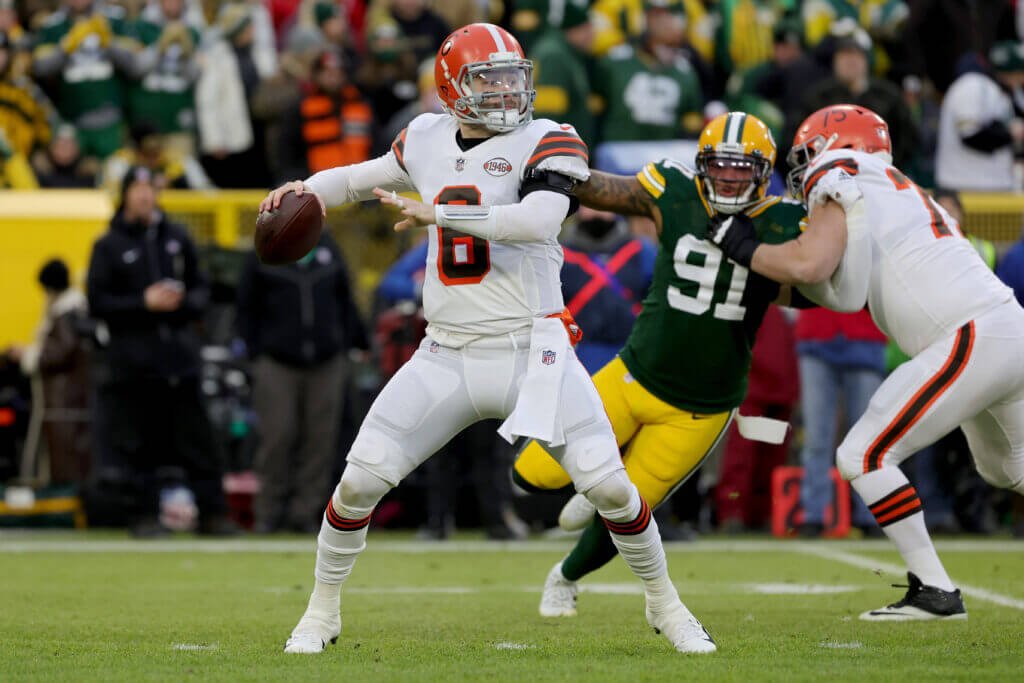 The Cleveland Browns have an uphill battle over the next week or so as they try to stay in the playoff picture. They play the Pittsburgh Steelers on Monday Night Football and then they close out the regular season at home against the Cincinnati Bengals next Sunday. Even if they win both games, they will still need other teams, like the Baltimore Ravens to lose one game over the next two as well to make the playoffs a reality.

Cleveland’s season thus far has been an up and down season of disappointment. What began with so much promise and excitement for the fans has turned into a season to forget.

The opening game loss to the Kansas City Chiefs wasn’t a shocker but it set the tone for all these losses that have piled up because of the team’s inconsistent ways. The Browns quarterback made a terrible decision early in week two to take his frustrations out on an interception he threw and tried tackling the opponent. In doing so he injured his shoulder and has since that time worn a harness to help stabilize that area. Even today, as reported by Camryn Justice of Channel 5 WEWS News, the Browns offensive coordinator excused Mayfield’s poor play on the injury.

#Browns Alex Van Pelt said the shoulder harness has handcuffed Baker Mayfield and his natural throwing motions. Said that his mechanics should come back quickly next year when he can lose the harness.

If the injury made such an impact on Mayfield this season, then why on God’s Green Earth did the Browns decide to keep going with him instead of using the expensive $6.5 million backup quarterback in Case Keenum? Keenum won a game this season with Mayfield taking a rest. I’m certain he could have done that at least one more time this season and the Browns wouldn’t be relying on other teams today to get them into the playoffs.

There have been numerous other distractions this year as well for the team. The biggest was wide receiver Odell Beckham Jr. demanding his way out of town by getting his dad and other sports personalities like Lebron James to come to his rescue and ‘free OBJ”. By the way, I lost what was left of any respect for James with that act of defiance toward the good people of Northeastern Ohio.

Now the team has to try and pull off these next two wins and that’s going to be tough. It didn’t help when rival quarterback and hated Pittsburgh Steeler and also a traitor to Ohio, Ben Roethlisberger, who grew up here in the state, announced on Thursday that Monday would likely be his last home game before he retires. He’s been in the NFL for about five years too long, but that announcement just made the Browns winning Monday a lot more difficult. With that let’s look a little more closely at that story and other stories that will be important for the Browns to win Monday night.