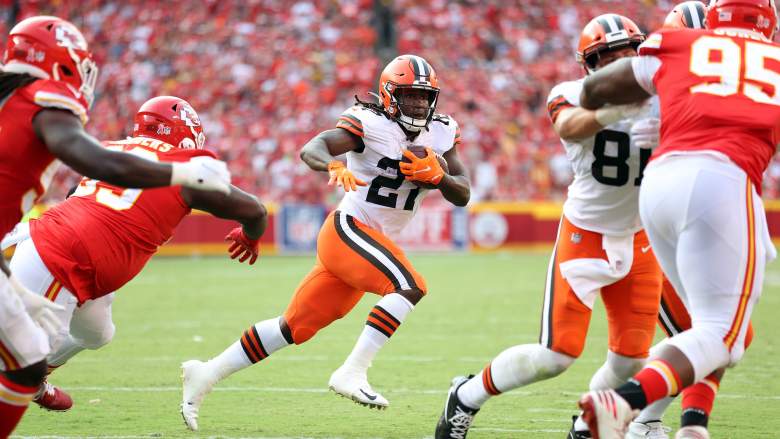 I know it was only the first game, but that game, in a nutshell, was the Browns season so far. I was in attendance at Arrowhead Stadium for that game. The Chiefs team and their fans were nervous because the Browns played a heck of a game for the most part. It was the other part of the game that killed the Browns in that game and quite honestly killed this season from the start.

If the Browns walked away from that game with the win, that’s at least one more win and probably would have changed the mental psyche of the team moving forward. It didn’t happen and we are where we are with this team.

In that game, the Browns led for the whole game. They were winning 22-10 at the half and literally could have gone up 29-10 when, on the last play of the half, the Browns offense had a lateral play that had Browns quarterback Baker Mayfield throwing the ball to Jarvis Landry, who lateralled the ball back to Mayfield, who then pitched it to running back Kareem Hunt who just fell a few yards short of the endzone and the score.

The Browns then opened the second half with, other running back Nick Chubb, rumbling in the open field to midfield. However, he fumbled the ball on the next carry and the momentum started to shift. However, the Browns seemed to steady the ship and got control again after Hunt scored a touchdown to surge ahead 29-20 going into the 4th quarter.

The next play for the Browns changed that game and the season. The Cleveland defense gave up a 75-yard bomb to the Chiefs for the touchdown. On the ensuing offensive possession, the Browns went three and out and their punter Jamie Gillan panicked and had his kick block. The Chiefs scored on the next series and the Browns were done. And in hindsight, maybe the season. I understand that’s a bold reach but this whole season for the Browns has been a showcase of dysfunction like we saw in that first game.