Although the Lakeshow missed out on the playoffs, the year wasn’t a complete waste, especially for Lebron James. Even though his team finished with a 33-49 record and missed out on the playoffs, the 2021-22 season saw LeBron finally reach billionaire status. In fact, LeBillionaire is the first active player to achieve that feat (Michael Jordan himself didn’t reach it until well after he retired). So, how did LeBron rake in his billions? Let’s break it down.

LeBron’s contracts have brought in a total of approximately $309 million over the course of his career. During his rookie season with the Cavaliers, LeBron signed a three-year, $12.9 million contract. Three years later, during the summer of 2006, The King signed a $60.4 million four-year contract. Once this extension ended, LeBron became the villain to the people of Cleveland, joining the Miami Heat in 2010. In the ensuing sign-and-trade that took place between the Cavs and the Heat, LeBron signed a six-year, $110 million contract, taking below the max offer to allow Miami to re-sign Chris Bosh. In James’ final season with the Heat, they made it to the finals but ended up falling to the San Antonio Spurs. LeBron then exercised his early termination clause with the Heat, voiding the remaining years on his contract.

Then, in the free agency period of 2014, The Kid From Akron returned home to the team that drafted him, the Cleveland Cavaliers. Upon his return to The Land, Lebron inked a two-year, $42.2 million dollar contract that would pair him alongside Kevin Love and Kyrie Irving. 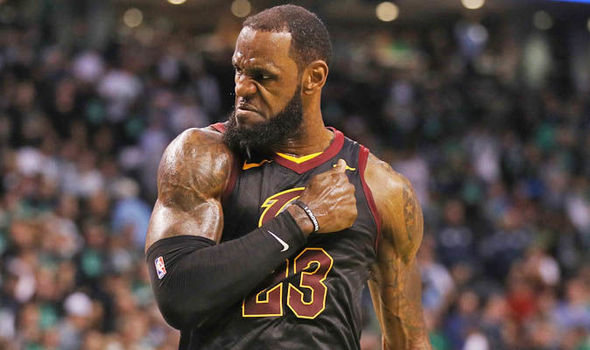 After being the first team in league history to erase a 3-1 deficit, LeBron would go on to sign a three-year, $100 million contract in August of 2016. Unfortunately, the 2017-18 season would be The King’s last season as a member of the Cavs. During the summer of 2018, Lebron would begin his playing days in the City of Angels, signing a four-year, $153.5 million dollar contract with the Lakers.

As said earlier, LeBron’s contracts have netted him almost $309 million over the course of his career, which to any normal person is an unfathomable amount of money. Having said that, what really catapulted LeBron’s net worth over the billion dollar mark is primarily his off-court endorsements and investments. King James earns $300 million from his investments in The Spring Hill Company, the production company he founded with close friend Maverick Carter. He rakes in $90 million due to his ventures with Fenway Sports Group (rather odd he’d invest in Boston considering the way he usually dominates them on the court, but it’s a big market). LeBron pulls in another $80 million in his various real estate investments, as well as another $30 million due to his partnership with the popular pizza chain Blaze Pizza. Last but not least, he earns upwards of $500 million from cash and other, not listed investments “other investments.” All this revenue culminates in $1.2 billion in pretax earnings.

Not bad for The Kid From Akron, who grew up struggling and is not now a member of the Billionaire’s Club.