Between current Browns General Manager Andrew Berry and former Browns GM John Dorsey, the 2020 Cleveland Browns have amassed some impressive talent. Using both the NFL draft and free agency, both front offices were very busy filling out the roster. As the league and collective football fan base await the beginning of training camp and hopefully the season, who are the 10 best players on the current Browns roster? 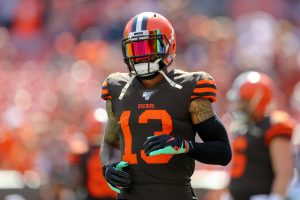 Beckham came to the Browns in the “trade heard around the world” on March 13, 2019. Originally drafted twelfth in the 2014 NFL draft out of LSU by the New York Giants, Beckham played twelve games his rookie year and finished with 91 receptions for 1305 yards and twelve touchdowns. In three years with the Giants, Beckham never had less than 1300 yards and ten touchdowns in a season. He earned Pro Bowl honors each of those years. With the Browns in 2019, despite playing with a sports hernia, he played all sixteen games and finished with 74 receptions, 1035 yards and four touchdowns. OBJ has announced he is perfectly healthy for the 2020 season. 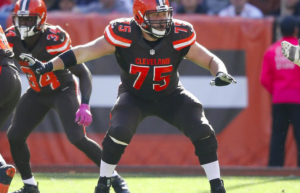 Kudos to former Browns GM Ray Farmer for drafting Bitonio in the second round of the 2014 draft. Bitonio was considered one of the best offensive tackle prospects in 2014 out of the University of Nevada. Since being drafted by the Browns, Bitonio has been the model of consistency. He just shows up and plays. He did miss seventeen games early in his NFL career, but after signing a five-year contract extension in 2017, Bitonio made the Pro Bowl as an alternate in both 2018 and 2019. He is considered to be a core player and a team leader. 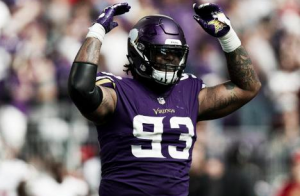 Signed as a free agent on March 14, 2019, by former GM John Dorsey, Richardson was originally selected out of the University of Missouri by the New York Jets with the thirteenth pick of the 2013 draft. He also played for the Seahawks and the Vikings prior to signing with Browns. In 2019 Richardson had 62 tackles, first among all the Browns defensive lineman, three sacks and led the Browns defense in pass deflections and forced fumbles. In the last six games of the 2019 season, Richardson moved to defensive end in the wake of Myles Garrett’s suspension, showing his versatility. 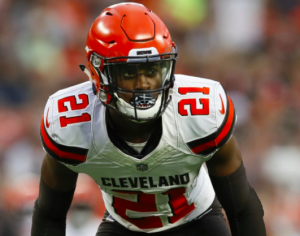 Ward was selected by the Browns out of Ohio State with the fourth overall pick in the 2018 draft. Plagued by concussions his rookie year and various injuries his second year, Ward is 100% healthy and should benefit in DC Joe Woods system. Wood worked wonders as the secondary coach for the Super Bowl-bound San Francisco 49ers in 2019. Ward is a true shut down corner and excels in both man and zone coverage. 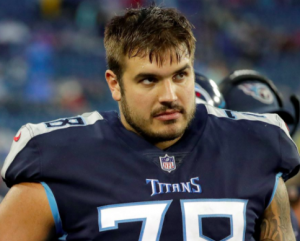 Conklin was selected by the Tennessee Titans out Michigan State with the eighth pick, originally the Browns pick, in the 2016 draft. Signed as a free agent by the Browns on March 20, 2020. Brought in by the Browns to stabilize the right tackle position and to allow Quarterback Baker Mayfield time to throw the ball. Conklin is very athletic and mobile enough to excel in head coach Kevin Stefanski’s wide zone offense, an offense Conklin played left tackle and right tackle in at Michigan State. 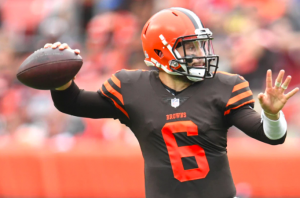 The Browns selected Mayfield out of the University of Oklahoma with the first overall pick in the 2018 draft. In his rookie year, Mayfield broke the rookie touchdown passing record of Payton Manning and Russell Wilson with 27 TD’s. He did this playing in fourteen games, starting thirteen. While his 2019 season was considered a down year, he started all sixteen games and threw for 3827 yards. In 2020, Mayfield will benefit from a better offensive line, Kevin Stefanski’s offense and having backup quarterback and mentor Case Keenum, who thrived in Stefanski’s offense. 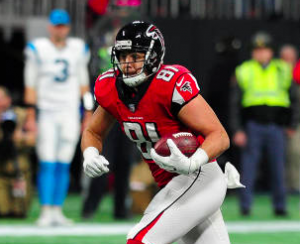 The first big free agent GM Andrew Berry signed in 2020. Originally selected by the Atlanta Falcons out of Stanford University in the third round of the 2016 draft, Hooper’s production increased each year with the Falcons. In his rookie year, Hooper had 271 yards and three touchdowns. In 2019 he had 787 yards and six TDs. Hooper made the Pro Bowl in 2018 and 2019. Hooper excels in all three phases of the tight end game, blocking, catching and running after the catch. In the wide zone offense, Hooper could make the Pro Bowl again in 2020. 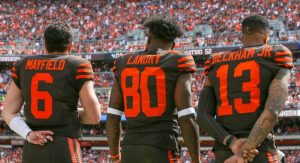 Landry was acquired in a trade with the Miami Dolphins in 2018 by former GM John Dorsey. This trade awakened the Browns fan base and put them on notice that Dorsey was serious about acquiring talent. Originally drafted by Miami out of LSU in the second round in 2014, Landry quickly became a fan favorite and team leader for the Browns. Landry has been to the Pro Bowl five consecutive seasons and is considered one of the best slot receivers in the NFL. In his six seasons in the NFL, Landry has never missed a game. He’s a great route runner and blocker and gives his all on every play. 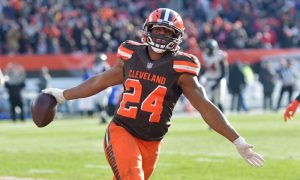 Chubb was selected out of the University of Georgia in the second round of the 2018 draft. While Jarvis Landry is the soul of the Browns, Chubb is the heart. A truly unselfish player, Chubb just wants to win. In his rookie season, Chubb rushed for 996 yards, eight touchdowns for an average of 5.2 yards a carry. In his second year, Chubb rushed for 1494 yards, eight TDs for an average of five yards a game. His only hindrance has been his former NFL head coaches. Both Hue Jackson and Freddie Kitchens couldn’t figure out Chubb was a valuable weapon to be used early and often. Chubb should contend for the NFL rushing title again this year. 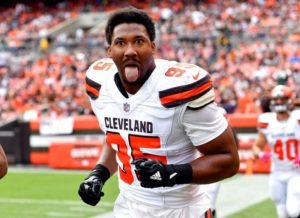 The Browns selected Garrett out of Texas A & M University first overall in the 2017 draft. Despite missing six games in 2019 due to the suspension for using back up Steelers QB Mason Rudolph’s head as a piñata, Garrett has 30.5 sacks over three years and had a team-leading 13.5 sacks in 2018. Always doubled teamed, Garrett has to be game-planned for by opposing teams. In 2019, Garrett was on a pace for sixteen sacks. After the Browns committed a five-year contract worth $125 million, Garrett should be motivated and out to prove that the one incident against the Steelers won’t define him.

Please feel free to agree, disagree and provide feedback on your own top-10 list.

A Report Card on The Cavs Future

A Report Card on The Cavs Future

The Legend of James Karinchak

Caesar Hernandez Has Solidified the Leadoff Spot for the Tribe