When Cleveland Browns quarterback Baker Mayfield, began his career in Cleveland on that Monday Night Football game back on that hot and steamy September evening in 2018 against the New York Jets and their new quarterback Sam Darnold, I knew right then that we had our franchise quarterback and gone with the right guy to help build the Browns back. Since that moment, a game in which Mayfield led a 2nd half comeback win, Darnold has sputtered along with the Jets and their horribly run franchise. This week, Darnold was finally given his last chance at salvaging his career, as he was traded down to the Carolina Panthers. 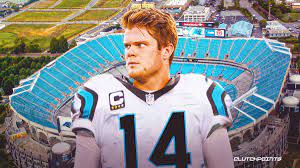 As the news broke this week on the Darnold trade and the Jets moving back up in the upcoming NFL Draft being held here in Cleveland starting April 29th, there were some items of note that just reminded me of what a great spot we are in as Cleveland Browns fans. Everything that used to happen to us and our Browns is happening to the Jets year in and year out!

We are also becoming a destination that players want to come to and win a championship! So long Hue! So long Freddie! We have our Stefanski! Hello John Johnson! Hello Takk Mckinley! 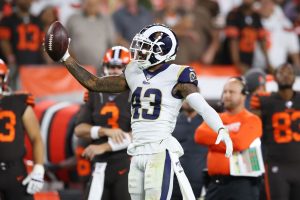 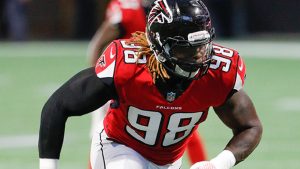 As for Mayfield and how things look now, as we can reflect on the past several years, a couple of things stand out.

One, and most importantly, we are winning again. Mayfield has a 23-22 record as a starter and a 1-1 record in the playoffs! Add in a little 2-0 streak against the Pittsburgh Steelers and we have our franchise quarterback savior. We haven’t seen numbers like that since former Browns quarterbacks Bernie Kosar and Brian Sipe.

Secondly, and in line with the first fact of winning, is that consistency and staying the course. With Sam Darnold being traded this week, that makes Mayfield the only remaining quarterback of the five that were drafted in the top 5 in the draft between 2016-18. Mitch Trubisky, the former Chicago Bear was traded to the Buffalo Bills, Jerod Goff was traded to the Detroit Lions after being drafted by the LA Rams and the Philadelphia Eagles traded away Carson Wentz to the Indianapolis Colts.

I find it very refreshing as a Browns fan to see the agony of defeat in other football fans these days! How about you? Are you ready for some football? Summer training camp can’t here soon enough!