The Browns just signed DE Myles Garrett to a huge contract worth $125 million over the course of five years. What this did was set a precedent for players such as quarterback Baker Mayfield and what they will expect when their time comes for negotiations of a new deal. Baker Mayfield is currently in the middle of his rookie deal, which was signed as a four year, $32,682,980 including a $21,849,440 signing bonus, $32,682,980 guaranteed, and an average annual salary of $8,170,745.

Last season, Mayfield threw for 3,827 yards, 22 touchdowns and 21 interceptions. It’s the interceptions that really stick out. Additionally, the team went 6-10, not coming close to making the playoffs or even contending for that matter.

This isn’t like the Kansas City Chief’s Patrick Mahomes quite yet, who just signed a contract for 10 years and 503 million dollars. That quarterback also just won a Super Bowl. This, unfortunately, is not something that can be said by Mayfield or any Browns quarterback ever.

Baker Mayfield certainly has the potential to become an elite quarterback in the league. The former Sooner still has two more years left on the rookie deal, plus a fifth-year option. It’s not like other teams can offer a contract at the moment and take the quarterback out of Cleveland now.

Frankly, the Browns have so much talent on the offensive side of the ball to the point where heading into year number three, Mayfield doesn’t have that excuse of not being acclimated to the league yet. This is the year where the ability Mayfield posses must shine through with each game played. 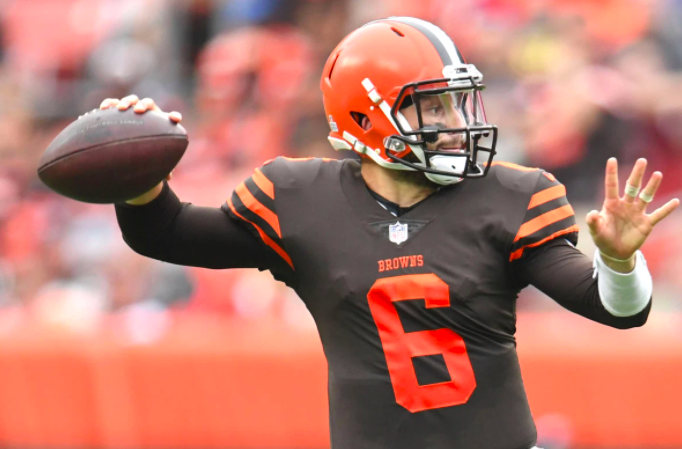 Since 1999, when the Browns came back, the position of quarterback has never been one to be prideful of. Each player drafted or acquired ends up massively failing and losing miserably. Baker Mayfield has shown signs of success, but it is certainly a work-in-progress that needs to have many improvements this upcoming year. Mayfield and the Browns need to make this a winning season, contend for the playoffs and go from there.

What would be great is for the front office to have no reservations with offering an extension to Mayfield after the upcoming couple of seasons, hopefully filled with tremendous play and a winning Browns team.

Say that doesn’t happen and the team continues to fail? It will be interesting to see how the Browns handle that contract situation of a quarterback that is not necessarily worthy of a huge payday. Hopefully that is not the case, though! Good luck to a quarterback that has truly embraced that role here in Cleveland. Make the most of it and win, win, win!