Life is all about taking your own problems, deflecting them and looking at other peoples’ issues. That is exactly what I am going to do here right now just in the sense of the Cleveland Browns. Which, in a sense are a part of me personally…

Yes, after Sunday’s loss to the Falcons in Atlanta by a score of 23-20, I did write an article about the game itself and how terrible everything was for Cleveland. You can read that HERE if you’d like…

However, former Browns quarterback Baker Mayfield’s Carolina Panthers lost to the Arizona Cardinals by a score of 26-16 and his squad is now 1-3 on the season. Mayfield went 22/36 (had five passes batted) for 197 yards, threw for two interceptions, only had a single touchdown and was sacked twice as well.

Could you imagine if Mayfield and the Panthers were absolutely thriving this year? Like, for example, his stat line was 30/36 for 320 yards, three touchdowns and no interceptions in a 33-13 win over the Cardinals.

Oh. My. Gosh. The City of Cleveland would be freaking out.

Now, yes, the Browns are not playing our future starting quarterback in Deshaun Watson. Even so, the mistakes made are not necessarily by current QB Jacoby Brissett as much as by other players and the coaching staff and such.

Regardless, it looks like the one right decision this front office did make was to move on from Mayfield. In Carolina, he’s struggling with his reads, getting his passes deflected, throwing interceptions and ultimately losing games.

Now, some dudes in Carolina reading this will probably tell me to focus on my own team here in Cleveland. Trust me – I was tossing and turning late last night still in shock that the Browns lost that game to the Falcons.

Carolina is currently in third place in the NFL South compared to the Browns, at 2-2, who sit in first place in the AFC North even with said 2-2 record. I know, it doesn’t feel like it, but we’ll take it. 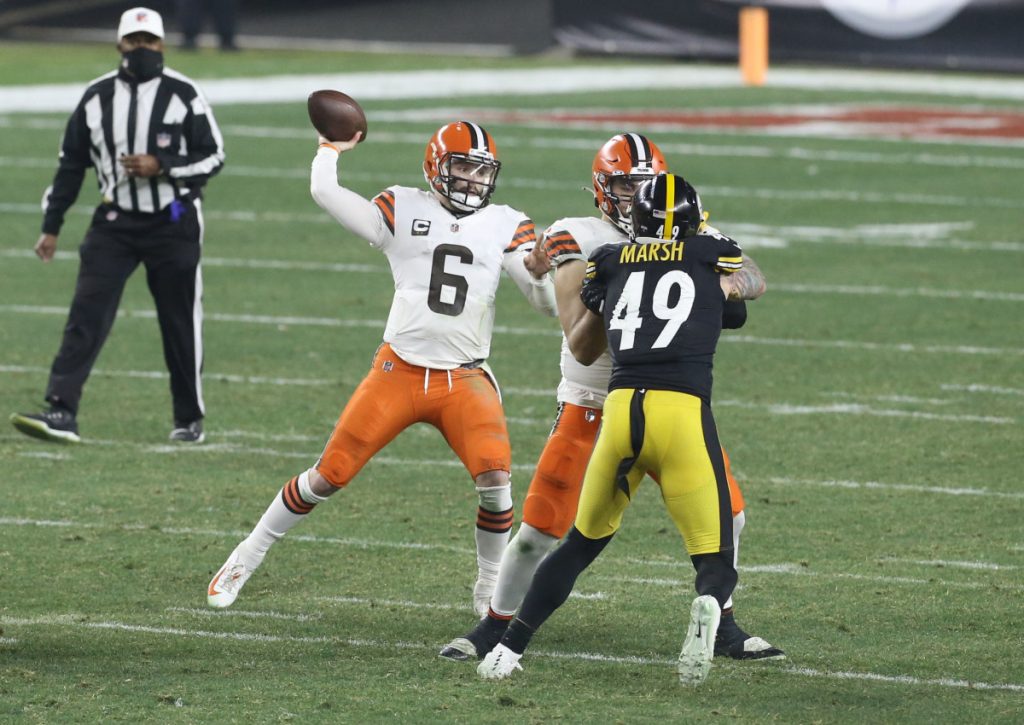 Ultimately, we’ll never know how this Watson experiment works out until he actually plays later this year and beyond. Yet it’s the back-end of the project that looks to be a win for this franchise in the mean time.