As we look to the start of the NBA season, it is evident that the 2020-21 Cavs are not the 2016 juggernaut with the best player in the world, but perhaps Cavs fans can hold onto some hope.

The 2020 NBA Finals was peculiar, but the most peculiar part of the bubble was the finals matchup. With Giannis’ Bucks humming, a stacked Sixers team and a young loaded Celtics team, you would have been pressed to say that the winner of the East would be a young gun Jimmy Butler-led Heat team.

The grit and grind the Heat played within the Finals and throughout the playoffs was something to marvel at. It was no secret going in that they would be a problem in any matchup, but no one thought they would bring down the league’s back-to-back MVP.

So how did they do it?

Well, the model fits the method essentially. Miami Heat teams have traditionally been known for their defensive prowess, especially in a Pat Riley led organization.

“In terms of more of a methodology, it’s still very much how Pat did it, even as we’re making adaptations based on how the league has changed.” Said head coach Eric Spoelstra “Pat developed a system, where there’s consistency in structure and accountability, we still, hopefully, adhere to that.”

This is not to Spoelstra’s discredit, who had the Miami Heat defense humming in the 2020 season.

Spoelstra has been able to evolve and tinker with Riley’s system to fit today’s game, utilizing the tools he has at his disposal: Bam Adebayo. This lengthy stretch big man can defend the rim and perimeter. Bam can cover multiple positions and he’s a 2nd All-NBA Defender, with an argument to be made for the first team. Veteran Jimmy Butler, a four-time all NBA Defender and a collection of young three-and-D players in Duncan Robinson, Tyler Herro, and Kendrick Nunn.

“Are the nuts and bolts of the system a little bit different than how they used to be in the 90s? Yes,” said Spoelstra, “the game is different, and it evolved. It’s a markedly different game, from shooting and skill level and even personnel level than it was 20 years ago.”

The Heat have also been able to bring in veteran leadership adding pieces like Andre Iguodala, Jae Crowder and Goran Dragic. The mixture of youth and experience is a nod to the Heat’s methodical structure that they can utilize. Even the LeBron, Wade, and Bosh super team were built like this. Pieces like James Jones, Mike Miller and Shane Battier were valuable outlets for Miami’s big three.

The Heat couldn’t rely on their sole talent to get them there, so they built up the core they have now. 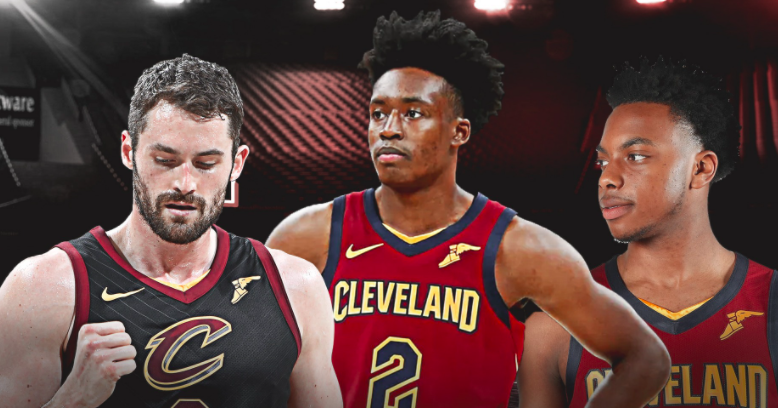 The model for success Cleveland is taking is directly correlated to what the Heat are now.

Andre Drummond: A prolific rim defender can be a core of an offense as Bam Adebayo does.

Collin Sexton: A young, tenacious point guard who can create shots with his pull-up game and has the potential to be an All-NBA defender like Jimmy Butler

Isaac Okoro: The best defensive guard in the draft, a guy that, if he can develop an offensive game, has a style that could be closely related to Jimmy Butler and Kawhi Leonard.

Darius Garland: A guard with a lot of capability offensively that is untapped and a silky-smooth stroke. His ceiling is reminiscent of Kendrick Nunn.

Cedi Osman: He was not always known for his 3-pointer, but that part of his game came into form, making him a three and D guy like Jae Crowder.

Dylan Windler: Windler missed all of last year but can be very important to this Cavs team’s development. A lengthy SF who is known to be a fantastic shooter, very reminiscent of Duncan Robinson.

Kevin Love: His best years may very well be behind him, but he is still an asset to this young Cavs team in their development and can go off at any time. He has finals experience, can stretch the floor, and is becoming a force defensively. Playstyles and position are different, but this is much like Goran Dragic’s role for the Heat.

JaVale McGee: A rim protector with finals experience. Not a flashy pickup but an excellent piece none the less. His finals experience and defensive tenacity is closely related to Andre Iguodala.

Larry Nance Jr: Not a flashy guy (besides his dunks) but a very underrated defender with the length that brings a lot of leadership and energy on the boards. He does the dirty work like Cavs fan favorite Kelly Olynk does on the Heat.

Kevin Porter Jr: A young guard with a ton of talent and athleticism. When he gets going, it is hard to be stopped. One of the most promising young guards the Cavs have, similar to Tyler Herro.

The Cavs have a collection of young talent and while none of them are Zion Williamson or Ja Morant, it may just work in their favor. Going through the LeBron heartbreak not once but twice is enough for any fan base. The Cavs are going back to their roots, compiling their talent through the draft as they did with Mark Price, Brad Daugherty and Austin Carr.

Yet, the Cavs are missing a go-to scorer.

While Okoro and Sexton can be compared to Butler, they are not near his offensive talent. Drummond also has a similar offensive game but is not a star offensive talent. Maybe they are hoping to combine the production of the three to make up for that go-to option, or perhaps we can see them take a plunge on an NBA star to act as their Jimmy Butler.

During the Russell Westbrook sweepstakes, the Cavs were rumored in discussions with the Rockets about landing the former MVP. Ultimately, it did not come to pass, but it makes sense for the argument that the Cavs are committing to the Miami Heat style.

Jimmy Butler went to the Heat in a head-scratching move. With the way he left Minnesota and went to Philly, it is evident that Butler was set on winning a championship and Miami seemed to be in a retool. Several analysts did not see Butler as a player that could lead a team to finals as he did not do it in Chicago or even Minnesota. Hindsight is 20:20 and looking back, it was a perfect fit.

Russell Westbrook is going through a similar narrative. No one believes that he could be a guy who leads a team to the finals, and several groups give up on him. Westbrook is a competitor like Butler; his mindset is to win at all cost. He has played in a small market before and will be loyal to a team that is a winner.

Unfortunately, Westbrook found a new home with Washington. Still, the Cavs were checking in on him and other stars in the league (Ben Simmons) shows that they believe they are looking to add that final piece to their system.

Besides player comparison, the Cavs also are trying to change the culture as well. Cavs fans will tell you that the Cavs have been lackluster on defense the past few years. JB Bickerstaff, first-year head coach, has already enforced a rugged defensive mindset.
JB Bickerstaff led the Cavs to a 5-5 record in the back-end of the year. A .500-win percentage is not an eye-popping number, I know, but what is eye-popping is the teams they beat in that stretch: The Nuggets, Spurs, Sixers and ironically, the Miami Heat.

Bickerstaff brought a different tenacity to his team, which stemmed from his time in Memphis. We all remember the Grizzly bully ball era with Marc Gasol, Mike Conley, Zach Randolph and Tony Allen. While Bickerstaff was just an assistant, he was an essential figure in their identity. He brought that the Grizzly grit to Cleveland.

“One of the words that we use is toughness,” the Cavs coach said. “You can’t be a good team if you don’t have that toughness. My vision has always been being a group of guys that nobody wants to see. And as you play, you come into a team who’s on back to back in February, and their first thought, when they see you on the schedule, is ‘Oh s—, not them.’ One of our other core values is compete. I think those things go hand in hand, where again, we may not be the most talented, but by the time the fourth quarter comes, we’ve worn you down enough with those things where now the advantage is in our favor.”

Hm sounds familiar; listen to what former Cav Dion Waiters said when he first got to the Heat:

“We’re going to get you in world-class shape. Not good shape. Not great shape. World-class shape,” Pat Riley Said to Waiters, even though Waiters claimed he was already in NBA shape. “After one week, my body [was] shot, I was damn near throwing up in trash cans like in the movies.”

Now, this is not to say that every NBA team lacks a work ethic. Still, every team has a mantra that they build their team around: The Warriors are run and gun and like to get out on breaks, the Lakers rely on the drive and kick with AD and Lebron and the Bucks run their offense through Giannis. Where these teams lose on defense, they can supplement through the high-powered offensive of their superstars. Some teams (like the Heat and Cavs) Don’t have the luxury of a LeBron James (anymore). Still, they have talent. Their toughness and defensive mentality make it hard for any team to go against them, especially in a seven-game series as we saw with the Heat.

Perhaps the Cavs are not there yet, but Cavs fans can hold on hope that they are making a turnaround and could even be in the playoff discussion in the East this year.