Before we address the oversized elephant in the room, much well-deserved respect to QB Jacoby Brissett, who’s truly had a great last game as Browns starting QB against the Tampa Bay Buccaneers in which Brissett threw for 210 yards, one interception, and one touchdown.

Brissett, the Browns starter for the first 12 games of the 2022 NFL season, now takes a backup seat to the $230 million dollar man, QB Deshaun Watson.

It truly takes a special type of human being to support the Cleveland Browns franchise, after years of years of hope, we are constantly supporting a diehard franchise that has let us down more than bring us up, but we support due to our love for the team no matter what.

Forget about the memorable Cleveland Browns debut performances of Odell Beckham, Baker Mayfield, Josh Gordon, Bernie Kosar, and yes, even Johnny Manziel’s nightmarish debut against the Cincinnati Bengals back in 2014.

With constant sexual assault allegations and media witch-hunts surrounded around the controversial NFL QB, after not playing professional football for two years, Deshaun Watson is officially back in the NFL.

It’s seems like a million years ago, where when we thought about Deshaun Watson, we automatically assumed how amazing he was, not only as a football star player for the Houston Texans at the time, but as a great human being as well.

The Deshaun Watson we all knew before 2020 happened was the inspiring young man that donated to charities after Hurricane Harvey, helped the homeless, and even had his own foundation to help the youth of Texas & Georgia with school supplies and food donations.

"I'm going to keep fighting to rebuild my name" | Deshaun Watson spoke out for the first time since the accusations after a grand jury declined to indict him for criminal charges of sexual assault or harassment.

After talking with the Browns organization in person during the 2022 NFL offseason and accepting $230 million dollars on a new contract with the Cleveland Browns after being traded by the Houston Texans, Watson will most certainly be the hated figure in the NFL.

Deshaun Watson was the NFL’s most loved player to recently becoming the most despised players in NFL history, I’m not sure how to handle when he first came to the team, but if he truly changes his life, then this move will be worth it.

America is the land of second chances, and I believe that Deshaun Watson is a good person, even despite the terrible and awful things he’s being accused of committing, but but nobody knows what really happened with each women involved and that’s the scary part of all of this. 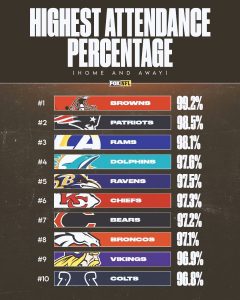 So I’ll be damned as a Cleveland Browns fan to abandon the team I’ve loved since birth just because of one man joining the team, therefore I will give him a second chance as well.

About 10 of the women who accused Deshaun Watson of sexual harassment and assault will attend the Browns-Texans Sunday for Watson's return from suspension.

And for the fans that left the Browns this offseason after acquiring Watson, the fans that promised to never watch Deshaun Watson in a Browns uniforms, those same individuals are suddenly quiet when in Houston today. 10 of Watson’s accusers will watch him in person play his first game back in the NFL.

The 10 accusers who ALSO sued the Houston Texans for allowing the so called sexual assaults to continue, now they want to watch him play at the stadium of a team that allowed them to be sexual assaulted because it’s empowering???

I’m not condoning anything of what Deshaun Watson is being accused of or even him playing for the Browns, but as a human being first, both sides of this situation are sketchy in nature.

It’s a weird situation for all involved, this article isn’t to defend Deshaun Watson or even hate on Deshaun, it’s to say to the fan that’s stuck in the middle, do what’s best for you.

But if one man makes you not want to support the team anymore or even worse, become a Pittsburgh Steelers fan 🤢, it makes me wonder why was you even a browns fan in the first place?

All I know is this for Deshaun Watson, He has the whole world in his hands today in his return against the Houston Texans, so he’ll either sink or swim with the pressure he has today.

With the 12th pick in the 2017 NFL Draft, the Houston #Texans select @deshaunwatson, quarterback, Clemson.#TexansTop100 » No. 16 pic.twitter.com/4BWRG0ENfe

From being drafted by the Houston Texans at 12th overall in the 2017 NFL Draft to now playing against the Texans in his first game back after two years off the radar.

With alot pressure creates the best diamonds, which in this case, All eyes are on you Deshaun Watson.

Four years ago today, Deshaun Watson called game with one second left to give Clemson the #NationalChampionship pic.twitter.com/avqUtxIEUS

But if there’s any QB that can show up with the game on the line and pressure is all over the place, It’s Deshaun Watson himself.