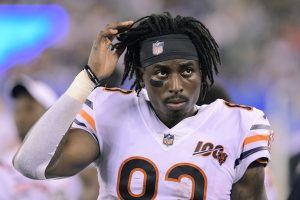 The first injury of many for the Cleveland football franchise started with placing WR Javon Wims on the non-football illness list after getting sick during the offseason. 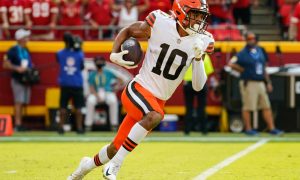 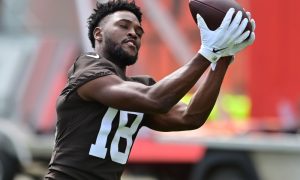 Browns 3rd round draft pick & rookie wide receiver David Bell, on the active/PUP list with a foot injury, yet is still doing individual drills so the browns expect Bell to be the earliest WR back on the field with the team by August 6th. 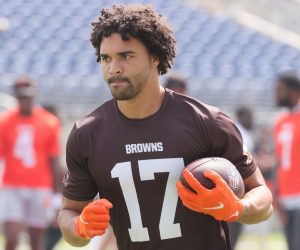 Isaiah Weston, who the Browns originally signed after going undrafted in the 2022 NFL draft, tore his ACL during training camp on July 30th – Weston was reverted to injured reserve after being waived and clearing waivers following his knee injury according to NFL reporter Aaron Wilson.

Weston quickly became a fan favorite after the draft as his Northern Iowa career included 37 receptions, 883 receiving yards, and 5 receiving touchdowns, now he’ll have to fight for a draft spot next season for the Cleveland Browns. New Browns WR Derrick Dillon is the supposed Isaiah Weston replacement for the rest of training camp going forward.

Originally from the University of LSU, the now 26-year-old USFL standout Derrick Dillon put up 386 receiving yards, 28 receptions, and four receiving touchdowns for the Tampa Bay Bandits during 2022 USFL season.

In addition, The Cleveland Browns also signed Daylen Baldwin on August 3rd after cutting free safety Nate Meadors. Baldwin began his college career with Morgan State and Jackson State – then Baldwin went onto Michigan University for the 2021 season and caught 17 passes for 256 yards and two touchdowns with the Michigan Wolverines. 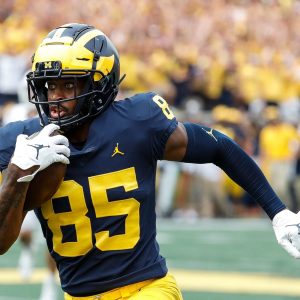 Baldwin, now an undrafted rookie playing in the NFL for the Cleveland Browns, is hoping to make a roster spot for the team, either on the main roster or practice squad this upcoming season.