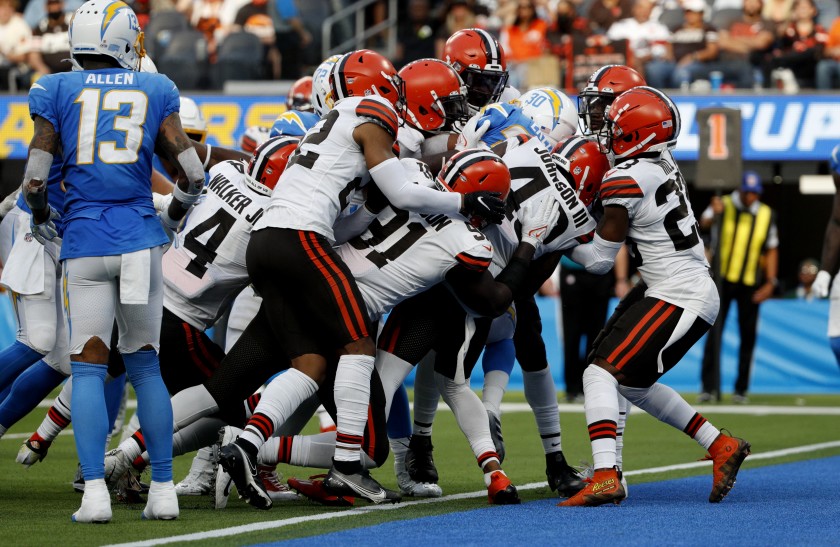 The season of turbulence

The Browns defense has allowed six, seven, 14 and 21 points in their victories. However, they’ve given up 33, 37 and 47 points in their losses. A stark contrast in scoring. There are always other factors that play into these scores including the penalties and how the referees are calling the game. The Browns have made sure to make note of those issues over the season as players like defensive end Myles Garrett have recently commented on how he gets illegally held on almost every play without a flag being thrown against the opponent. Even suggesting he’s getting the “Shaq” treatment. That’s in reference to NBA legend Shaquille O’Neil, because of his size and height on the basketball court wouldn’t get calls against his opponents even though he was often grabbed and harassed during games.

With that in mind and the lack of penalties called on their opponents, its given the opposing quarterback more time to assess the field and find the open receivers. That’s not excusing the horrible losses the team has had and the exposure its put on the defensive secondary, but it is a factor at times. Penalties don’t win or lose games; the players and coaches do.