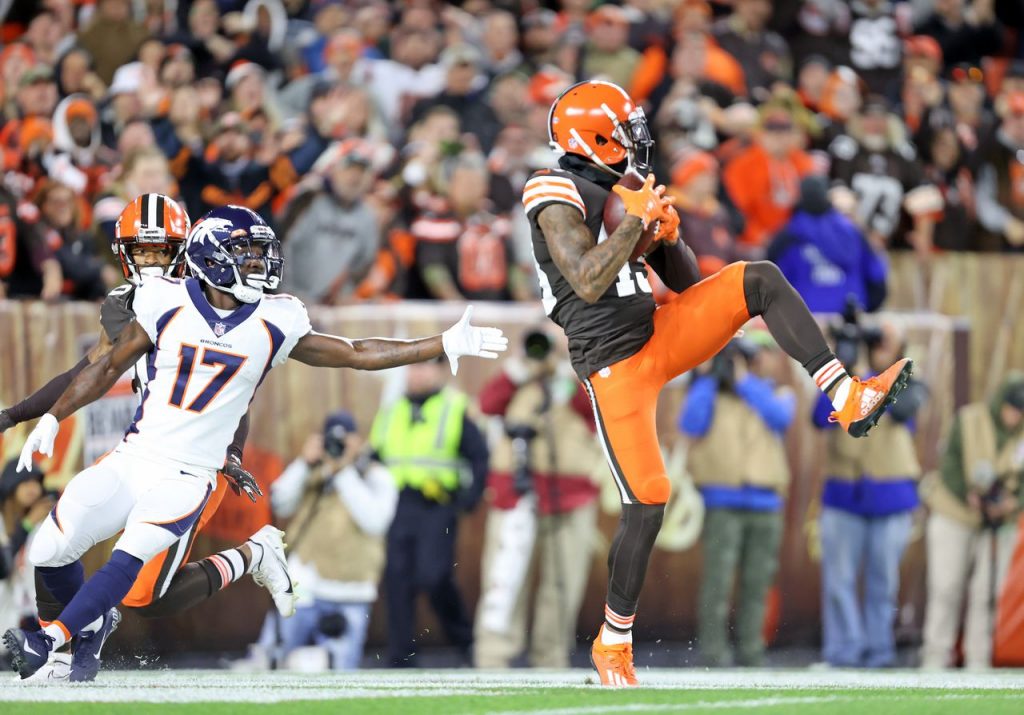 I was there in the upper deck watching the game in section 544, where the only wind tunnel at First Energy Stadium seems to exceed hurricane forced wind gusts. It’s a great advantage point to watch the game from section 544 but boy can it be blustery.

Ok – back to the defense.

They were outstanding, especially in that first half. John Johnson III, who I’ve been critical of, was down in the box on multiple plays and was actually making plays along the line of scrimmage. A very nice change of pace. And to add a bonus to Johnson’s night, he made a great read on a pass by the Denver quarterback late in the 1st quarter and intercepted the ball to prevent a possible touchdown. Johnson has had a few plays where he’s gotten a pick in the past, but because of penalties was denied the interception.

The Browns defense stopped the Broncos four times in that first half  including three times where the Broncos went three and out on their possessions. It was 10-0 at the break and reminded folks that the Browns had limited previous teams like the Chicago Bears and Minnesota Vikings to only six and seven points in those games.

The second half was a bit different as the Broncos were able to orchestrate a 13 play almost eight minute opening drive of the half for the score. The Browns defense couldn’t stop them on 3rd and short a few times. The Browns countered that Broncos drive with one of their own for a touchdown. It was a nice counter punch by the Browns and the Broncos got the ball again the Browns knocked them down on a three and out again.

The Broncos were able to score another touchdown late in the game but the Browns offense came to the rescue and held the ball for the final five minutes for the victory.

@JohnSuchan @CLEsportsTalk Agreed. I was sitting in the closed end of the stadium. No one believed we could come back and win. It was awesome.

Being a Browns fan is awesome!

Ok Cleveland fans! Here’s a throwback of the old Municipal Stadium! A bit colder than here today on July 1st! We want to hear from you and your fond or not so fond memories of the old place! #Browns #Indians #Guardians @ShafUnlimited @JohnSuchan

Myles Garrett: The most OVERRATED player in the National Football League

VIDEO: Another One! Guardians Walk Off!