The Cleveland Browns are now rested from their bye week and recently pulled off a great win against the Bengals prior to the bye week. This game against the Dolphins is a possible win for the Browns. If the Browns want to win this game, they must do the following 5 things. 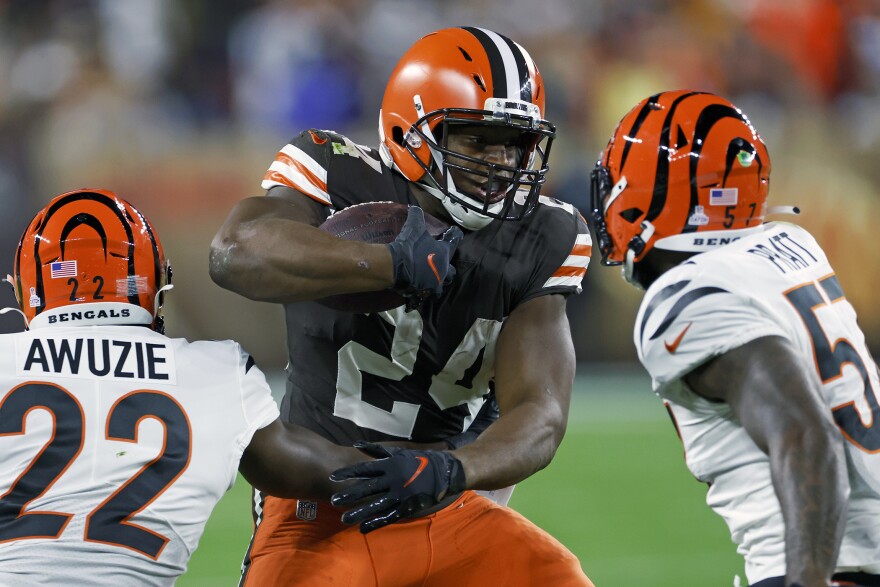 The Cleveland Browns have many shortcomings in games this season. In order for the Browns to be successful in any game, they must run the ball. The reason this is accurate is that the Browns are a ‘run first’ offense by having two great star running backs in Nick Chubb and Kareem Hunt.

The Browns have failed in many games this year by not running the ball like they were supposed to. For example, look at the New England game from a couple of weeks ago. Nick Chubb only ran the ball 12 times, while Jacoby Brissett passed the ball 40 times. That motive sets this Browns offense up for failure. The Browns recently beat the Bengals by a stopping 32-13 victory. They won this game not just because of the defense, but because they ran the ball on offense.

If the Browns can run the ball against Miami’s defense, they have a great shot at winning this game. This motive will also make the Browns successful for the remainder of the season. We can only hope Nick Chubb saves us from this passing offense.