The Cleveland Browns find themselves in an eerie similar situation heading to the NFL draft as they did a year ago. Excelling in the free agency period, welcoming a new head coach, and riding the waves of surging expectations. This year, however, the team will have better draft capital as they possess a first round pick. The Browns come into the 2020 NFL draft holding picks seven total draft picks, including the tenth overall selection. This presents a big opportunity for the Browns.

Much of this draft should focus on defense as the Browns made big impact signings like Austin Hooper and Jack Conklin during free agency. On the other hand, the defense was plugged with mostly one year “prove it” deals or one year depth signings, indicating the team intends to build the defense through the draft this year, along with next year as well. 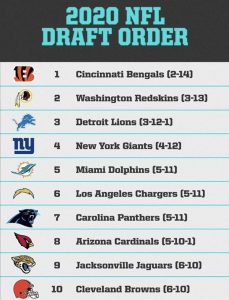 First and foremost, the tenth pick is a huge opportunity. The Browns must make sure whomever they select at ten becomes a quality starter at the very minimum. Only two genuinely good options are present at pick ten, the best available offensive tackle, or the freak of nature inside linebacker Isaiah Simmons from the University of Clemson. Simmons is a 6’4 linebacker who played a sort of linebacker safety hybrid where the emphasis was merely making plays on the ball in college. It’s a role that players like Charles Woodson, Tyrann Matthieu, and Jabrill Peppers occupied in college. In the NFL, however, Simmons best fits as a “Mike” Linebacker. He possesses good instincts in coverage, sideline to sideline speed and all around excellent ball skills. To summarize him in one word is simple: play maker. Simmons looks like a pro bowl bound stud to add to the defense. However, the closer and closer draft day comes, it seems more by the day he will not be available at ten. If he’s there at ten and the Browns select him as the best player available instead of a left tackle, it’s still a good pick. 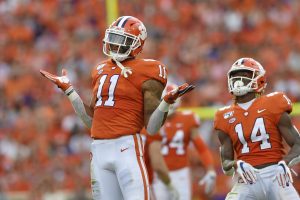 The other option at ten is selecting the best tackle available to play left tackle. There are a couple of teams ahead of the Browns that could select tackles including the Giants and Cardinals, who pick at four and eight respectively. The tackles who most experts deem as top ten quality picks are Tristan Wirfs, Andrew Thomas, Jedrick Wills Jr and Mekhi Becton. The best of the aforementioned options is clearly Tristan Wirfs. He will come into the league as a monster in the run blocking game, as well as being at least proficient at pass blocking. There are some technique flaws to correct, but nothing too concerning. Wirfs played in a very similar scheme at Iowa compared to what Stefanski will do in Cleveland with the emphasis on zone blocking in space. However, he’d make a perfect fit for Arizona with the eighth pick, making it unlikely he will be available for the Browns to take. 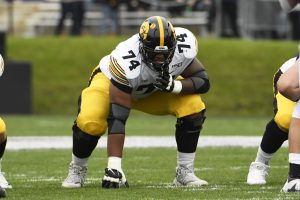 If the Cardinals select Wirfs, then the next best choice for the Browns is University of Georgia tackle Andrew Thomas.  Thomas comes in as a prospect with a very high floor, but a relatively lower ceiling. He comes into the league as a quality starter, proficient in both run and pass blocking. He has the athleticism necessary to adjust and learn Stefanski’s zone blocking scheme. At the very beginning of the 2020 draft season, Thomas was pegged as the best tackle and a potential top five pick. Now he has fallen in some mocks to being the fourth tackle taken and falling out of the top ten. This is because he was put under a ridiculously harsh microscope which has hurt his value.

If at ten, both Wirfs and Thomas have been taken, the Browns should select Jedrick Wills Jr from Alabama. Wills comes into the league as the most polished pass blocker in the draft. However, he would have to make a significant adjustment to play in Stefanski’s scheme in terms of run blocking. Another downside is that, like recently-signed Jack Conklin, he has played right tackle and moving sides of the line isn’t always an easy task. 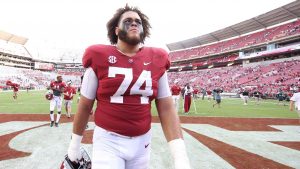 If the Browns are on the clock at 10 and all three aforementioned tackles and Isaiah Simmons have been taken, then they should trade down. This is the only scenario in which they should do so. If they move to somewhere around pick 20, perhaps with the Eagles at #21 looking for a new receiver, they could select their choice of two late first round tackles in Josh Jones and Ezra Cleveland, and also could have another day two pick to build the defense. This is a better idea than taking Mekhi Becton at ten because Becton is an unsubstantiated hype machine with poor technique and has bust written all over him.