Well, I think it’s safe to say that we all learned the importance of kicking in the 2018 Cleveland Browns season. The kicking game at the beginning of the season was not pretty to watch. It ended up being one of the primary reasons why the Browns lost so many games in the first half.

We all remember the opener, where Zane Gonzalez could have won the game in overtime against Pittsburgh, but had the 43-yard attempt blocked by T.J. Watt. In the next week down in New Orleans, Gonzalez missed two extra-point attempts, missed a 44-yard field goal and then with a chance to force overtime, missed a 52-yarder. (Remember this game was indoors!) Of course, the Browns experienced both heartbreak and celebration by way of game-winning field goals, when they lost in overtime to Tampa Bay and then walked-off against Baltimore with a Greg Joseph curveball that just got over. Kicking is an important part of the game, and it’s something the Browns have never figured out.

Franchise kickers come once in a blue moon. Just look at Stephen Gostkowski and Justin Tucker. They were both drafted by the Patriots and Ravens respectively and are still with those teams currently. They both have been Pro Bowl kickers and have experience with kicking high-pressure field goals. Cleveland has not had a kicker of both of their abilities and consistency since Phil Dawson. When he was with the Browns, Dawson would hardly miss his attempts and when he stepped on the field, you did not have to hold your breath to wait and see if the kick would be good. Browns fans held their breath a little too much last season with Gonzalez and Joseph.

So that begs the question, could John Dorsey draft a kicker in this year’s NFL Draft? And the answer is yes. The Browns need some depth at this position. One of the top-rated kickers in the draft is Cole Tracy out of LSU. In the Tigers’ upset win over Georgia this past season, Tracy was clutch, going 5-5. In the entire season, he did not miss an extra point, went 29-of-33, and his long was 54-yards. He was a graduate transfer from Assumption College, where he won the Division II Kicker of the Year Award in 2017.

There’s also Matt Gay from Utah. Last season he was 26-for-31, going 16-for-16 from inside 39-yards. His longest was from 55 yards, and he was 3-for-5 from inside 60-yards. Austin Seibert from Oklahoma is also a top-rated kicking prospect. When he was a junior, Seibert was kicking for the Baker Mayfield-led Sooners, who took a journey to the College Football Playoff. That 2017 season, Seibert was good 81% of the time. Last year, he was 17-of-19, going 16-for-17 from inside 39-yards, with his longest being 42-yards.

There’s plenty of quality kickers in this draft. There’s Justin Yoon from Notre Dame, John Barron II from San Diego State, and Emmit Carpenter from Minnesota. It honestly doesn’t matter who we take, but John Dorsey just needs to get this position right. We have seen it’s a crucial position to get right where you don’t have to worry about your guy missing. No team wants to be in a position like the Bears from last year, missing a crucial kick in the playoffs. 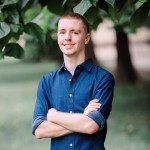