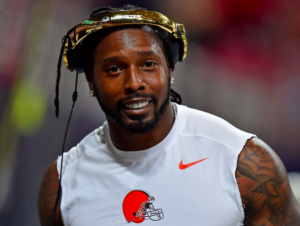 Dwayne Bowe was another failed attempt at adding a veteran wide receiver. Stallworth is already on this list, and there are a few others like Devon Bess and Kenny Britt who were very close to making it.

After a wonderful eight-year career with the Kansas City Chiefs, Bowe was ready for something new and wanted one more contract before calling it a career. Unfortunately, he chose Cleveland where he came and should have warrants out for robbing the team.

Bowe managed to appear in seven games, where he had five catches for 53 yards. That’s it, I’m not missing any stats. Bowe quickly fizzled out of the league after that, but what a major disappointment.