No. 3 – Trent Richardson, Running Back 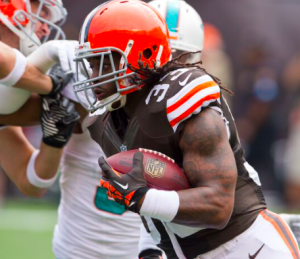 Everyone always says you can’t take a running back at No. 3. But Trent Richardson was different, he was a guy that could change an entire offense.

The Browns drafted Richardson at No. 3 in 2012 and had nothing but regret for it.

As a rookie, he had 950 yards and 11 touchdowns, numbers that don’t seem awful, but his average was only 3.6 yards per carry. Bottom line, Jim Brown may have been right when he mentioned he was nothing special.

The only reason Richardson isn’t No.1 on every single list like this created, they fleeced the Indianapolis Colts for a first-round pick for him. Who the Browns turned into Johnny Manziel…. enough said.