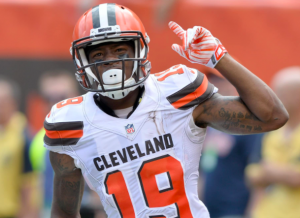 A guy like Corey Coleman being on this list hurts even more because the Browns picked him at No. 15 in the 2016 NFL Draft. A pick that could have improved their team tremendously, but instead they get a guy who is out of the league after three seasons.

Coleman had the speed but never had the hands. As a rookie, his catch percentage was 45, and it was an ugly 30 percent in his second year.

The quarterback play wasn’t great, but his performances were even worse. Untimely drops and inconsistent effort were major issues he couldn’t overcome. Not to mention, the drop on fourth down vs. the Steelers that cemented the 0-16 season. I wanted him higher on the list because of that.